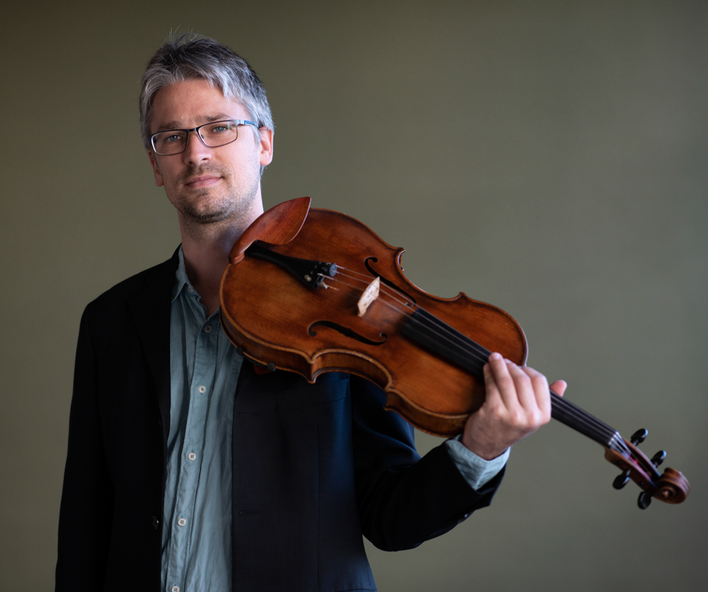 Born in Switzerland, Australian violinist/violist Imants Larsens began playing the violin at the age of three in Adelaide, studying first with his grandmother Alita Larsens, then with Keith Crellin.
He continued his studies at the Musikhochschule Zentralschweiz in Lucerne under the guidance of his father Gunars Larsens, graduating with Lehrdiplom and Konzertreifediplom degrees with distinction. Whilst in Europe, Imants participated actively in masterclasses with renowned musicians, including Pinchas Zukerman and the Vermeer Quartet.
Imants has won numerous awards and prizes in competitions both in Australia and overseas. He has performed as a soloist with orchestras in France, Switzerland and Australia and has appeared in numerous international festivals. Imants was concertmaster for national and South East Asia tours of Don Giovanni with CoOpera and also toured Europe with the Australian Youth Orchestra and was concertmaster when the AYO performed with the Cat Empire.
Imants moved to Brisbane in 2019 to take up the position of Principal Viola with Queensland Symphony Orchestra, having previously held the position of Associate Principal Viola with Adelaide Symphony Orchestra since 2008. He has performed as guest Principal Viola with the Sydney, Tasmanian, West Australian and Adelaide Symphony Orchestras. Career highlights include performing as a soloist on numerous occasions with the Adelaide Symphony Orchestra, including Mozart’s Sinfonia Concertante with Mark Wigglesworth conducting, as well as performing the Mendelssohn Octet and Tchaikovsky’s Souvenir de Florence with Pinchas Zukerman.
Imants plays on a 1937 Arthur E Smith viola.