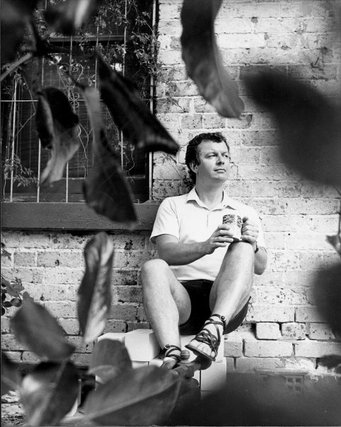 Max McBride is one of the most widely respected musicians active in Australia today, having found success on the concert stage and as an educator. He began his professional career early, gaining recognition as a double bassist when he became the youngest full time member of the Sydney Symphony Orchestra in 1969. In 1973 he gained the position of Co-principal of the bass section.
After two study leaves in Austria where he studied double bass with the world-renowned Ludwig Streicher and conducting with Otmar Suitner he returned to Australia in 1979 to take up the position of Principal Double Bass with the Australian Chamber Orchestra. With them he toured extensively within Australia as well as in Europe, the United States and South East Asia. He also became the regular bass player of the Australia Ensemble, performing most of the standard repertoire which includes bass as well as less familiar works such as Kurtz’s “Last Contrabass in Las Vegas” with Jane Manning.
Other significant appearances were with Kathy Selby and Friends, with Pinkas Zuckerman for Melbourne Summer Music, several solo performances with Cellist David Pereira and Viola Player Irena Morozov, a concert for Sydney’s Mostly Mozart Festival in 1997 with the Korean Cellist Young Chang Cho and appearances at the Townsville International Chamber Music Festival in 1993, 1994, and 1997-99.
In 1992 Max took up a full-time teaching position at the Canberra School of Music, but has kept up a busy performing schedule. He is the regular bass player of the Brandenburg Orchestra and has been invited as guest principal to play with the Tasmanian and Sydney Symphony Orchestras. In 1996, when on study leave in Vienna, he was invited to play with the Vienna State Opera Orchestra and the Vienna Philharmonic Orchestra under Daniel Barenboim. In 1998 and 2000, he was again invited to play in the Vienna State Opera in numerous performances including Parsifal, Die Frau ohne Schatten, Elektra, Barber of Seville.
Max’s students presently hold positions at Penn State University, in the Vienna Philharmonic Orchestra, Queensland Orchestra, Australian Opera and Ballet Orchestra, Ensemble Modern as well as other teaching institutions.
Max has also had an active conducting career, working with most of the professional orchestras in Australia, including the Australian Chamber Orchestra, Sydney Symphony Orchestra, Queensland and Adelaide Symphony Orchestras as well as the Victoria State Orchestra. Since 1994 he has also been lecturing in conducting at the Canberra School of Music. In 2001 he was promoted to Senior Lecturer in Double Bass. Max has been a School of Music faculty member since 1994.
Proudly powered by Weebly